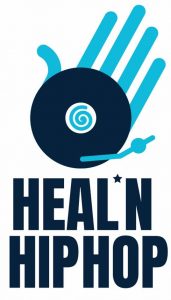 WHO WE ARE
Heal ’n Hip Hop is a weekly show on Dash Radio’s Native Rhymes channel. We feature guests with unique gifts and showcase thought provoking music from old school and new artists not commonly played on main stream radio.

OUR GOAL
Our intention is to share practical tools with spiritual principles so they are understandable and accessible to everyone. Heal ’n Hip Hop is a force for good to create change within ourselves and our community through music, deep healing and self awareness to foster a positive mindset. Public Enemy has been a staple of the rap game since their first album, released in 1987. They have long preached equality and safety for the African American community as well as vocalizing their dislike for the US media, all through their critically acclaimed catalog. After the summer of 2017, Public Enemy has been quiet in terms of releasing music. But then the silence was broken, with the release of What You Gonna Do When The Grid Goes Down? This album couldn’t have come at a better time. Police brutality instigates protests that sweep the country, a global pandemic ravages through the world while our government attempts to do what they can to deter it, fires decimate the west and to top it all off, one of the most famous and frequently talked about presidential races, perhaps in our history, is underway. Public Enemy starts the project out discussing the topic of “the grid” and how being on the grid is affecting the human species; “more police brutality but no posts on who filmed it.” In their eyes, the people aren’t using the grid in a way that benefits society, as well as the statement that the grid is supposedly seeping our lives away, as human contact has diminished while our time boosting our status has become a staple of our lives. State of the Union speaks on the government and Public Enemy’s dismay of President Trump. Although they spend a majority of the album speaking about social justice issues, they still find time on Yesterday Man, as well as Toxic, to talk about the state of the rap game. Back in the 90’s and 2000’s, only a handful of people made it to the big leagues, while nowadays, Soundcloud rap is an enormous part of the hip-hop scene. Talent, creativity and lyricism has been replaced by mumbling and copy-pasted beats. It’s easier than ever to get your foot in the door, and Public Enemy is well aware of that. The most appealing track, Fight the Power, houses features from some of the legends of the game (Nas, Black Thought, Questlove) coupled with some current artists that speak on political issues often (YG, Rapsody). This stacked group came together and preached fighting the power. Really great points made throughout this song, and if you were to listen to one song from this album, I would recommend this one. Public Enemy’s return to the hip-hop scene could not have come at a better time. The nation is in shambles. Fires, global pandemics, presidential elections, countrywide protests and looting in response to police brutality. The list goes on. Chuck D, Flava Flav and the rest of the Public Enemy crew make life just a little easier to understand from the point of view of an African American living in the United States. This album will be the most socially conscious and time relevant album that drops this year. By a landslide.